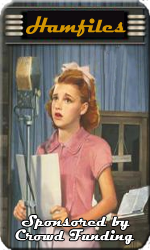 Member
I'm looking for the so-called "Engineer's" key or the so-called "Dealers" key used during software installation. I have a NX-340U-K2 radio which has the read and write passwords set. Until those are cleared I can't do a thing with the radio.

I have versions of the KPG-169D and KPG-170D programming software. I prefer the KPG-169D since it supports both wide and narrow band FM while the other version does not, just narrow band.

The key on the download page allows the software to install but will not allow bypassing the read and write passwords set in the radio.

I'm also looking for the Engineer key, did you ever get it kc8ldo?

Donor
I have some PKT-23K Kenwoods and the KPG-172 software.  So far there hasn't been a way for me to program any radios to a frequency that is not one of the 99 preselected frequencies that come with the radio when new.  A couple of radios were purchased from a dealer and our UHF system frequency and subaudable tone was programed by them and does work.  I tried doing a clone to a spare unprogrammed radio but it looks like that option has been disabled on the dealer programmed radios.  At this time I don't want to dig into the new radios too much because I'm afraid of 'bricking' the radio.  I would also like to get an 'engineer's key' as well.  Maybe there's another way around the problem and I'll do a little digging into the software and see what I can find out.

Donor
I couldn't program a radio with something other than the 99 preset frequencies that come with the radios with KPG-172 version 1.12 software that had a date of Mar 18 2015.  When I switched to KPG-172 version 1.02 MPD SP1 dated Jan 30 2014 I was able to program any frequency in the radio's programming range.

I'm also looking for the Engineer key, did you ever get it kc8ldo?


I ended up getting an apparently cracked copy of the software which allows the bypassing of the read and write passwords. That cost me some money. I found a guy selling it through looking at a YouTube video. some time back.